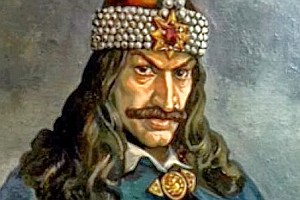 Many castles across Romania claim a connection (dubious or otherwise) to the notorious former Wallachian prince Vlad Ţepeş (1431–76), aka 'Vlad the Impaler' or, better yet, 'Dracula'.

The supposed connections between the historical Transylvanian-born Vlad III Dracula of Wallachia and Bram Stoker's fictional Dracula attracted popular attention, so the story of Dracula has been the basis for numerous films and plays.
During his main reign (1456–1462), "Vlad the Impaler" is said to have killed from 40,000 to 100,000 European civilians (political rivals, criminals, and anyone he considered "useless to humanity"), mainly by impaling. Vlad III is revered as a folk hero by Romanians for driving off the invading Ottoman Turks, of which his impaled victims are said to have included as many as 100,000.
http://en.wikipedia.org/wiki/Dracula

There are very interesting sites in Romania linked to Prince Vlad Dracula's myth that you can see yourself while traveling Romania - contact us for a private Transylvania tour or Dracula tour. 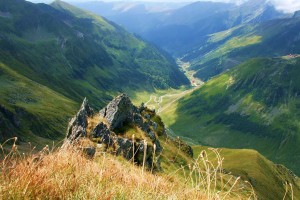 A small village in the proximity of the Transfagarasan Road, whose inhabitants helped Vlad Tepes to escape after the Turkish siege of Poienari Castle (1462). Visitors are treated to campfires, folk songs and (translator given) tales about "the impaler" himself. more... 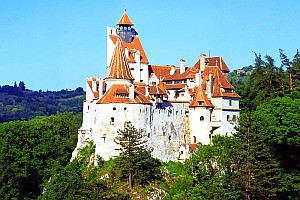 The controversial and contested Dracula's Castle was built as a fortress-castle in 1377 - 1382 by master masons of Brasov on a cliff, dominating the whole region, to defend the Bran pass (between Wallavhia and Transylvania) against the Turks.
It was later arranged by Queen Maria into a most romantic castle - the old garret became the fourth floor, the old cylindrical tower with defense gallery became an apartment, Gothic stone arches framed the entrance doors, stairs and boarded floors were rebuilt. 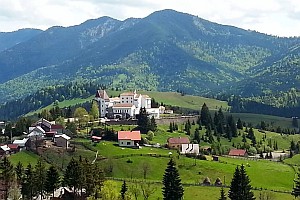 is located in the Tihuta Pass (former Borgo Pass), in Birgau Mountains.
Bram Stoker described the area as the place where the dreadful vampire had the castle, "a more and more wild and uninhabited land. Many deep menacing precipices, many cascades, as if the nature would have celebrated a carnival once".
You are invited to visit the Count Dracula’s tomb, located in the basement of the Dracula Castle Hotel in Piatra Fântânele in the Borgo pass connecting Transylvania to Bucovina. 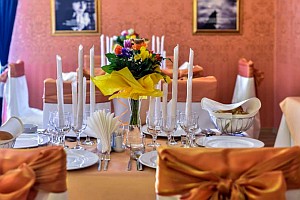 Following the places mentioned in the Bram Stoker' Dracula novel, Bistrita is a place you should not miss. This is where Bram Stoker chosed the settlement for Dracula's castle. Lawyer Jonathan Harker visits Bistrita and stays at the "Golden Crown".
On the ground floor you will find the JONATHAN HARKER Saloon - the only place where you can still enjoy the special Jonathan Harker menu whose recipe has been passed down to us since the 19 ͭ ͪ century. 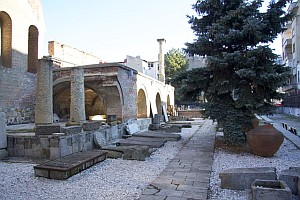 The Princely Court of Bucharest was built in the second half of the 14th century. As the citadel was closer to the border on the way of the Turkish invasions, Vlad the Impaler enlarged and transformed it. Actually, more than 500 years ago, i.e. on September 20, 1459, Vlad the Impaler-Dracula signed a document mentioning the name of Bucharest for the first time in the town's history. Under the old arched ceiling or near the river stone walls of the Old Princely Court we'll feel the shadow and sometimes you can hear his steps towards the jail or the cellars.
Ironically not far away, the megalomaniac plans of Ceausescu's Civic Centre came to life. The oldest and the newest Bucharest meet in this place as the history took a short cut from the 14th to the 21st century. 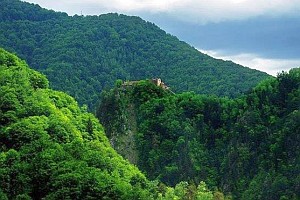 Many castles across Romania claim a connection (dubious or otherwise) to the notorious former Wallachian prince Vlad Ţepeş (1431–76), aka 'Vlad the Impaler' or, better yet, 'Dracula'. But few claims are as legit and well documented as this evocative pile of rocks standing atop a mighty crag just 30km north of Curtea de Argeş, near the village of Căpăţânenii. more... 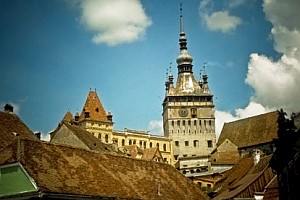 Sighisoara is one of the best-preserved 15th century citadel and the only mediaeval inhabited citadel in Europe. Thick walls surround the citadel, 8-10 m high, having inside round 150 houses, all of them inhabited. The citadel has 14 towers, each of them had been built and watched by a guild. The highest tower is the Clock Tower watching over the main gate.
Here lived, between 1431-1435, Vlad Dracul (Vlad the Devil), future Prince of Wallachia, thus called because the German Emperor knighted him as Knight of the Dragon. He was Vlad the Impaler's father known as Dracula (the son of the Devil), who was born here in a house that is nowadays a nice restaurant. 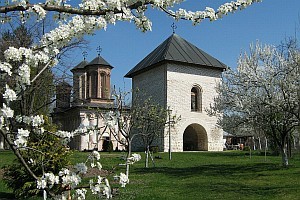 Situated 45 km north from Bucharest and built on an island on Snagov Lake, Snagov Monastery, used to be an important cultural center of Walachia in the medieval age. The monastery is famous as it is believed that Vlad the Impeller was buried here. The legend says that after the battle with the Turks and the Danescus in 1476, subsequent to which he died, the body of Vlad the Impeller was secretly buried in the Christian manner inside either of the churches. more... 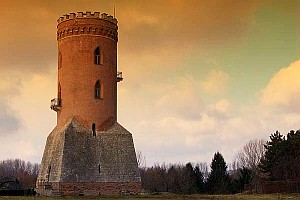 Tirgoviste was the 3rd capital of Wallachia, during the reign of Prince Mircea cel Batrin, the grand father of Vlad the Impaler-Dracula. Visit Tirgoviste Citadel, 8 times burnt down to the ground and for 8 times reborn from its own ashes and Chindia Tower, built under the reign of Prince Vlad the Impaler, in the 15th century as an observation point.

Romanian Tour Operator based in Constanta providing travel services in Romania, Romania tours, spa cures, hotel accommodations and Constanta shore excursions. We will be always happy to assist you with your travel plans in Romania in connection to Dracula Myth.